WINEFOODTRAVELRECIPESQ&ADIYPRODUCERS
Get Started
Powered by RebelMouse

"I put expensive Barolo in a blender!"

It’s not every day that I get to pop a $100+ Barolo in a blender. Wincing as I hit the switch, I couldn’t help but think: but…but…this one’s from 2004, an excellent year! I felt vaguely cruel, like that time in culinary school where I shoved my chef’s knife into a lobster – straight downwards into the brain, then into the body, our instructor commanded – butchering it in the instantaneous and apparently more humane way. Except this time, it wasn’t instant at all. I had to count a full 45 seconds as I tortured the wine.

We at Lot18 HQ were inspired by Nathan Myhrvold, ex-chief technology officer of Microsoft and author of Modernist Cuisine; he writes in BusinessWeek.com that, “the traditional decanter is a rather pathetic tool…A few years ago, I found I could get much better results by using an ordinary kitchen blender. I just pour the wine in, frappé away at the highest power setting for 30 to 60 seconds…I call it ‘hyperdecanting.’”

So I gathered a panel of some of Lot18’s finest palates for a blind tasting of hyperdecanted wine against a control, wine poured straight from the bottle. In the blender, the liquid looked ominously like this morning’s strawberry smoothie. So far so good. Nate was right about one thing at least: the froth did subside quickly – less than ten minutes, save for a few, tiny yet telltale bubbles. To minimize bias, I cleared the blender and other aftermath from the scene and poured both liquids into similarly-shaped decanters for serving.

Sample A: control (straight from bottle)

Here are our results from that blind tasting:

Guess which was hyperdecanted: Sample B

Preferred to drink: Sample B

Sample A: On the nose, more restrained. Dusty, earth, vanilla. After a minute, seemed to open up.

Guess which was hyperdecanted: Sample A

Preferred to drink: Sample B

Sample A: More aromatic initially and a little bit less tannic. The finish was not as long. Tasted more open – there was something medicinal and violet on the nose.

Guess which was hyperdecanted: Sample A

Preferred to drink: Sample A

Sample A: More expressive, perfumed for me, especially on the nose. There was less fruit and more secondary aromas: herbal, cola nut, spices that added complexity to the wine. Tannins are more accessible; this has a softer palate.

Sample B: More subtle on the nose. On the palate, the wine seemed a little bit dried out – raisins and spices. Much denser, textured, firmer tannins, more substantial.

When I asked the panel whether they thought the hyperdecanting did anything to change the wine, I got mixed responses. Janine, turning out to be the skeptic on the panel, said that she was not sure if it did anything, as after swirling the wine in the glass a few more times, they seemed extremely similar. Further, she was “unsure that this was the right wine for the experiment,” she said. What would happen with a younger Barolo or a more obviously aggressive Cabernet Sauvignon, we wondered. Dini and Steve, however, both definitely tasted a difference between the two – or “maybe it’s just my mind telling me there’s a difference!” Dini said.

Given the limited conference room availability at what is one of the fastest growing startups in NYC – that’s us! – I lacked the space to prepare the “triangle test” that Nathan recommends – a much more rigorous experiment that would involve three glasses for two samples. Besides speed and intensity, one notable difference between hyperdecanting and decanting traditionally is that blender-ing a wine agitates any sediment in the wine.

However hyperdecanting does seem to work, if we define success as having changed the taste of the wine in some way. That’s what’s fun – and potentially risky – about decanting, no matter if you use a blender or if your method of choice is letting the wine sit out for 48, even 72, hours. Wine is a continually evolving organic substance, and every second that it is exposed to oxygen in some way, it changes in often unexpected ways. Dini and Janine recount their time visiting Nicolas Joly in the Loire Valley; he served them white Bordeaux that had been decanted for no less than three days!

Indeed, the conversation quickly turned into a wider discussion about when and when not to decant a wine. “There are fierce debates in the wine world over whether you decant Burgundy,” Dini said. Our experts find it fascinating to taste that evolution. A wine may show its best for a brief half hour. Now how do you catch that half hour window? “It’s totally not obvious. I’ve tasted very old wines that seemed like it was beginning to get over-the-hill, and then after a few hours longer in the decanter, it actually improved,” Dini said.

So would we at Lot18 blender-decant our wines at home? Janine, the skeptic of the panel, would only use this method under three circumstances. One, if it were someone elses’s wine. Two, if she had nothing else to drink, and thought “Hey, let’s just throw that in there.” Or three, if she had tasted a specific wine many times and knew for certain that it would benefit from a lot of aeration. There are a few other, more basic considerations when deciding whether hyperdecanting is right for you:

1. Blenders sometimes stink. Have you noticed? Post-homemade-pesto project, your blender may lend pleasant pignoli, basil, and anchovy notes to your Pomerol. I was sure to give the borrowed blender I used a good sniff beforehand.

2. Blenders can blow up. Who hasn’t experienced, or at least balked at, a blender disaster? Make certain that you have shut the top securely, and keep your hand on top of the lid as you blend. From experience, I know that wine stains are stubborn!

3. Blenders are pain to clean. Janine admitted that she was feeling exhausted just thinking about a blender’s nooks and crannies and components.

Look, the experts are just like us – they hate kitchen cleanup. And even they don’t have all the answers. Janine was also once a neophyte as a sommelier-in-training at a top NYC restaurant. When a guest asked for an inexpensive bottle to be decanted, she was aghast at what happened next: her boss, the head sommelier, would dump the wine into the decanter and shake it vigorously with apparent French wrath. Wide-eyed, she couldn’t believe how he was was abusing the wine and disrespecting the guest.

“I never would have dreamed of treating a wine this way, but it took me a long, long time to realize how much oxygen could do for a wine,” Janine said. Perhaps this serious sommelier and Nathan are onto something: a little tough lovin’ never hurt.

My father salts every dish before he tastes it — this drives me crazy, but is a good way to think about decanting wines: before I aerate, I taste it first to decide if it needs something more, whether it’s that this wine needs to open up – or that I would like to spend some time with it wine as it evolves. Some more tips from the pros:

1. Figure out what stage you love to drink wines at. Do you enjoy youthful fruit flavors, or are you tickled by secondary and tertiary flavors like tobacco, earth, raisins?

2. Experiment at home. For example, enjoy half the bottle immediately after opening, and decant the second half over hours or even days. Taste at time intervals, much like you’d do as you’re simmering a stew and finding that balance of flavors.

3. Try decanting whites, too! We’re not talking your $8 Pinot Grigio. Dini recommends an mid-to-high-priced, Old World white – a nice Riesling, Grüner Veltliner, white Bordeaux or white Burgundy. Let it develop for, say, half an hour. “I think they gain so much, starting out steely, mineral, and linear and becoming so much more expressive, fun,” she said.

Help us out: do try this at home, and let us know on Facebook and Twitter what you observe.

Wine Faults and How to Spot (or Smell) Them

How to Order Wine at a Restaurant

All You Need to Know About Champagne

6 Ways to Get Your Brunch On 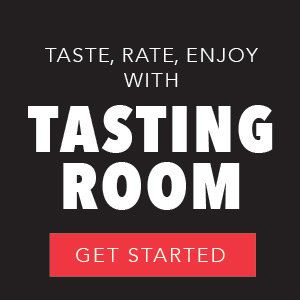 Wine Faults and How to Spot (or Smell) Them

Pork Paprika Served With a Syrah

The Rise of the Wine Truck

How to Order Wine at a Restaurant